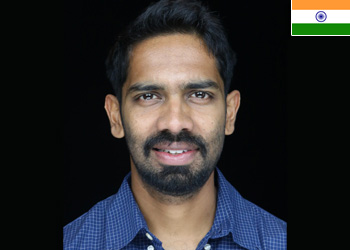 Topic: “Your Brand Needs a Voice: The rise of voice user interfaces and what it means to you”


Sohan is an Alexa Evangelist at Amazon. A thought-leader in the space, his role involves inspiring people to build incredible voice experiences using Alexa. As part of his job, Sohan interacts with developers, agencies, brands, enterprises, game studios and smart home manufacturers, helping them shape their voice strategy for the future. Sohan has earlier worked as a developer evangelist for Gupshup and InMobi and has spoken at conferences around the world. He has written articles for publications such as Economic Times, GadgetsNow and Developer Economics. Every decade or so we see a shift in how we interact with personal technology. We’ve gone from simple graphical user interfaces on desktop computers to powerful touchscreen smartphones, in a matter of few decades. We are now moving from the age of smartphones to the era of Voice User Interfaces where users can communicate with machines via voice. Companies and brands are always early-adopters when it comes to engaging with customers via new technologies. With the recent advent of Voice User Interfaces, there is now an opportunity to connect with customers in an exciting new medium. But what does this really mean? How do you approach the conversations you want to have with your customers and what does the technology behind this look like?